Insights From An Olympian – Achieving Goals Starting With Mind and Body 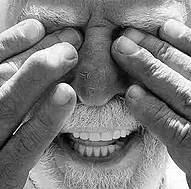 What most runners and athletes can learn…

We watch Olympians execute beautifully, as they move effortlessly, smoothly, and in control. What appears as automatic fluidity is actually, however, a combination of muscle memory from hard work and repetition and applied mental energy. The internal balance and composure that they display is what the non-elite athlete among us really wants to attain, isn’t it? How can we, as recreational athletes, have the same experiences as an Olympian? We can’t fully, however, I have a supposition that, to a certain extent, we all can. It takes a self-release from convention and an understanding beyond ordinary channels, as well as a commitment to a mind/body method of operating. It also requires a look at what is not so wonderful about high-level completion and the demise it may cause to a competitive athlete’s long term mental health.

The correct criticisms from the IOC regarding the recent rebukes toward Olympic star Kamila Valieva is a positive step. Successful, professional coaches should know that insulting athletes only diminishes themselves and their athlete and is not in the spirit of sportsmanship expected from all athletes, current and former. Officials and others were rightly disappointed by the behavior towards her from her own coaches. Perhaps it is the way Russia typically approaches its young artists and athletes but it can never be an acceptable coaching behavior.

Outstanding coaches get the most elegant and fluid performances from their athletes by understanding them in a personalized manner. Some people may think well of

“tough minded” coaches pounding the training into their charges by goading and intimidation. This has a very limited extent of effectiveness, perhaps teaching basic drills; however, insightful, effective coaches see and sense success beyond these limited ideas.

The recreational athlete might struggle with their own clarity, and usually does not have the feedback of professional coaches, however, we can self-plan and be rewarded with similar mind/body outcomes. While recreational athletes do not have as highly talented coaches as Olympians and do have their own limitations, there is a path ahead, and it can be established by small,  nuanced techniques that are integrative of the mind and body.

Some examples may be expository as we see it in high-level mental trainers. As far back as the 1960’s, sport psychologists like Lars Eric Unesthal of Sweden observed the actions of top-level athletes and categorized them. He noted that Wayne Gretsky knew where the puck was going before it got there. He has researched the proven effectiveness of mental training for over 60 years. Another good friend, NFL linebacker David Meggyesy, had many a premonition as to where the next play would go and run to that spot to make magnificent tackles.

Further, how do the great coaches like my mentor Percy Wells Cerutty of Australia know exactly how to motivate particular athletes, like World Record Holder and Gold Medalist Herb Elliott and have the secrets of how to motivate human behavior. They know motivation is not the same for everyone. I once had a trio of Olympic-level runners

that were motivated differently by their own internal sensibilities that I discovered over time. One wanted to hear the Star-Spangled Banner, another had impressions about the starting line and existentialism, and the third was dealing with negatives thoughts he had built up over time. During the season, it was said that NFL coach Vince Lombardi drove his family crazy but had a keen perspective as to what buttons to press to get the most out of his players.

Such is the talk about the crème de la crème of athletes where there is beauty to behold. A local football referee in awe of the abilities of Peyton Manning in high school was distracted while noticing how proficient he was, and couldn’t believe a high school kid could be so amazing. Similarly, teenage Olympians show so much composure that we marvel at their proficiency. In the example of Simone Biles’ mental preparation that at once sky-rocketed her to the top and brought her to her knees has been a long story. However, while these sterling performers are a thrill to behold, it doesn’t have that much to do with possibly the world wide struggle of the modern person to find some grace and elegance in a world full of covid, cancer and every kind of illness’ supposedly cured by pill and injections. How does the everyday athlete discover a semblance of harmony and elegant action that transcends concerns?

The secret is to begin with small steps towards your goals. This can be accomplished through mental and breathing techniques such as what’s known as Progressive Relaxation (PR). PR was created and named by internist, psychologist, and physiologist Edmund Jacobsen. He noticed that if one breathes while tightening and relaxing individual muscle groups of the body, a calmness will be achieved. Through these types of small steps, even as small as 30 to 40 seconds of looking inward, the mind/body process is put into effect. This can be aided by a technique I call Soft Eyes. This means recognizing elements within yourself by looking inward and outward at the same time. If you see an Olympian closing their eyes just before they begin you can bet it is about Visualizing the steps of the event. It is not so much that this will end up exactly as planned and the Olympian may have to improvise as they go along, but it is a big step in the right direction. Gold Medalist swimmer Mark Spitz even visualized out-swimming sharks as an intense motivation whereas Michael Phelps increased his mental focus to just squeeze out races for the gold medals. The all-time NFL running back Jim Brown would visualize plays and optional “holes” in the defense. He was so good at it that when he approached the line of scrimmage, he could veer in any direction naturally. The athlete needs to transition to the melding of mind and body to experience something different about one’s self.

The aspects become clearer and the person changes almost imperceptibly but they sense it as do their compatriots, coaches and friends. That’s how mind/body changes appear for all people-when accomplished-it is observable.

As a track coach I have a concept of “carry” when someone is improving. The tasks somehow are easier and the ‘reserve power” begins to appear to oneself. Mind/body is less perceptible to observer’s however it is more than real to the person experiencing it. It is the new, whole you.